We would like to offer our sincere support to anyone coping with grief. Enter your email below for our complimentary daily grief messages. Messages run for up to one year and you can stop at any time. Your email will not be used for any other purpose.

Share a memory
Obituary & Services
Tribute Wall
Read more about the life story of Lynn and share your memory.

Linda Anne Rigoni, 78, passed away on January 15, 2023 in her home in Overton, NV. Lynn was born on January 6, 1945 in Glendale, CA to Joseph Ambrose Stuart and Ella Nielson. She was raised in Eagle Rock, CA. She was a member of the Rainbow Girl Organization and gained an appreciation for the outdoors and archery. She spent many summers of her youth working for her parent’s family business, Panguitch Lake Resort. She was able to make enough money by selling worms to buy her first car.
She later moved to Las Vegas, NV, where she met James Lynn Rigoni. They were later married in Las Vegas, NV on February 25, 1966 and raised their two children, Lisa and Tony. They had many adventures going on camping and hunting trips, and would search for wildflowers where ever they went. They made their home a place where their children’s’ friends felt safe and loved, and were a wonderful example of a loving marriage. Lynn loved animals, and she and Jim raised many Great Danes together.
Lynn had a passion for art and attended UNLV to learn more. She worked with pottery and hydro cal, oil paints, and later worked with water-colors. She volunteered at the library and high schools to teach others. Lynn was very giving of herself, and volunteered her time often. She volunteered at Fitzsimmons House Drug and Alcohol Rehabilitation Center in Las Vegas, as well as the Moapa Valley Pomegranate Festival Committee, the Moapa Valley Art Guild, and was a member of the Lost City Museum.
She is survived by her children, Lisa (Joe) Davis and Tony (Nicki) Rigoni; her grandchildren, Logan (Megan) Love and Larsen Love, and Trinity, Nathan, and Nixon Rigoni; and her sister-in-law, Eddi Stuart. She is preceded in death by her husband, Jim Rigoni; her parents; and her brother, Terry “Skip” Stuart.
There will be an Art Party held at a later date. In lieu of flowers the family requests donations to Vietnam Vets of America or the charity of your choice.
The family invites you to leave a message or memory in their Guest Book at www.moapavalleymortuary.com.

To send flowers to the family or plant a tree in memory of Lynn (Stuart) Rigoni, please visit our floral store. 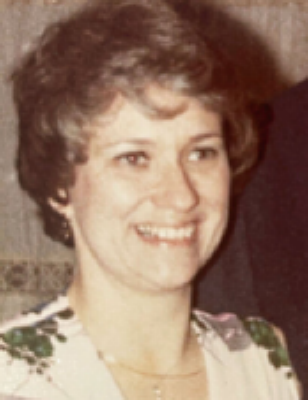 Look inside to read what others
have shared
Family and friends are coming together online to create a special keepsake. Every memory left on the online obituary will be automatically included in the book.

Look inside to read what others have shared

Family and friends are coming together online to create a special keepsake. Every memory left on the online obituary will be automatically included in the book.

You can still show your support by sending flowers directly to the family, or by planting a memorial tree in the memory of Lynn (Stuart) Rigoni
SHARE OBITUARY
© 2023 Virgin Valley & Moapa Valley Mortuaries. All Rights Reserved. Funeral Home website by CFS & TA | Terms of Use | Privacy Policy | Accessibility